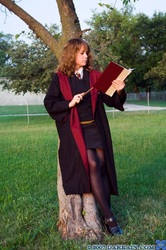 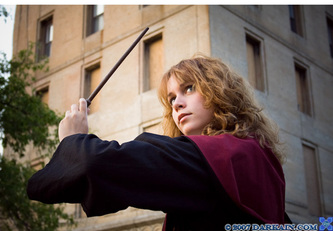 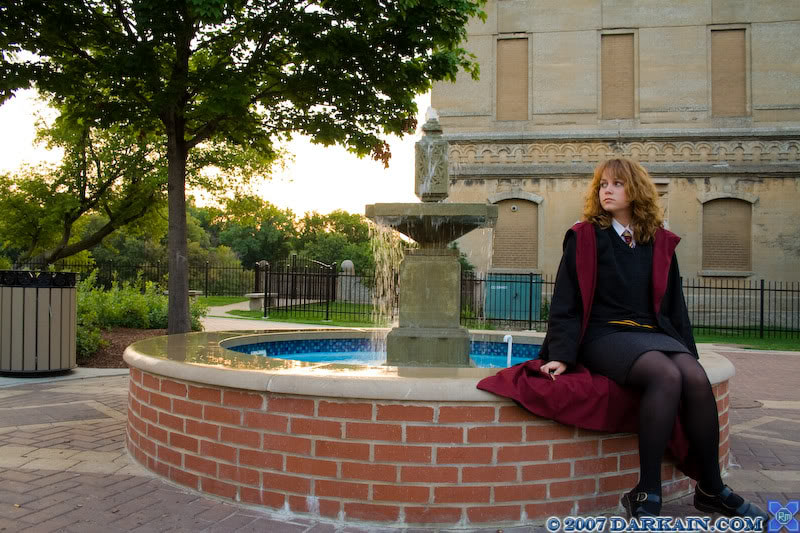 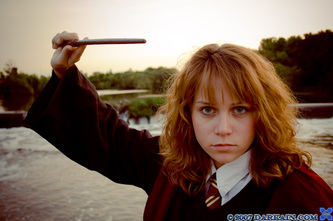 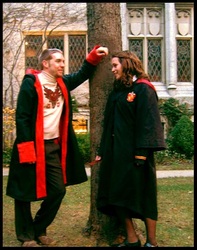 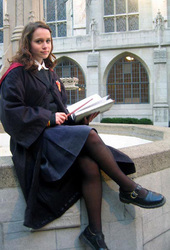 I LOVE the Harry Potter series so much and having my own set of Hogwarts robes was one of my inspirations for getting into cosplay in the first place.

This costume ended up going through 3 stages: the first version was made made by my mom before I learned how to sew, the second was an improvement upon the first with some minor upgrades here and there, and the third was a complete remake. I followed a pattern for the robes and finally coughed up the money for an official tie and sweater and simply found a matching skirt. The wand is just a chopstick surrounded by Model Magic with an added handle. A simple costume but one that has brought me so much joy. :)